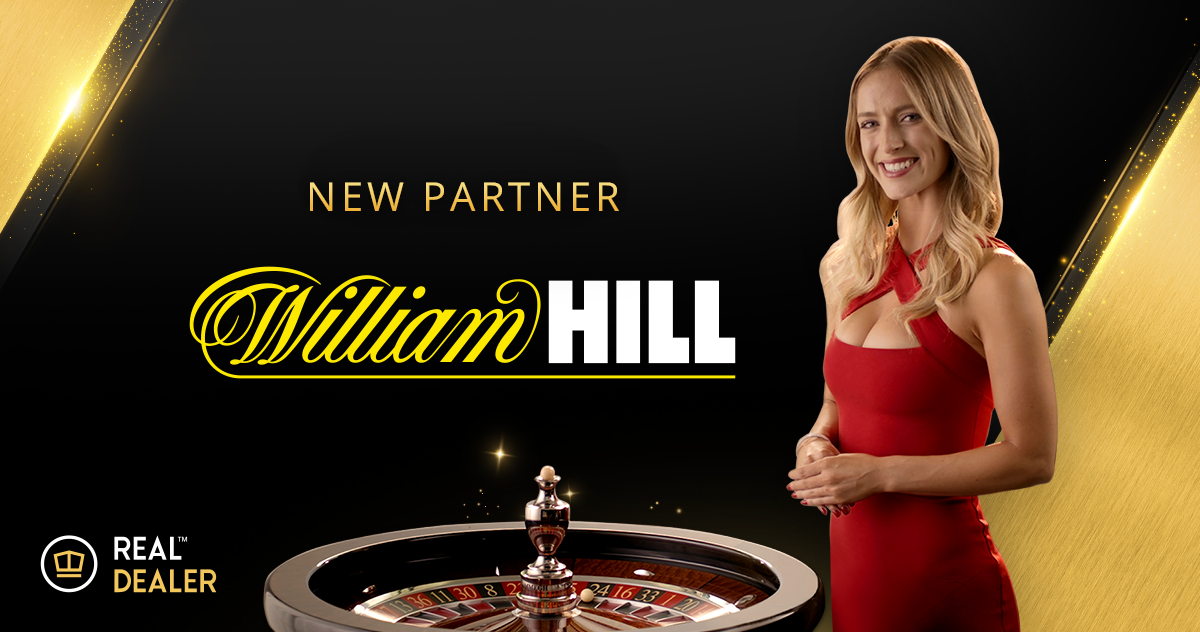 Real Dealer Studios, the game developers known for creating titles that combine cinema-quality production values with immersive one-on-one gameplay, have announced they’ve teamed up with casino giants William Hill to bring their games to a new audience in early 2022.

The new partnership will see a phased roll-out of five popular titles from Real Dealer Studios’ catalogue take place across both the William Hill and Mr Green casino brands in January and February, with these games initially being made available to customers in the .com and .uk markets.

The games, which will continue to launch over the coming weeks, are Real Roulette with Sarati, Real Baccarat with Courtney, Real Fortune Finder with Holly, Real Auto Roulette and Multifire Auto Roulette, meaning players at both sites will be able to try an exciting selection of casino staples from the studio.

Although two of the planned releases are “auto” titles, Real Dealer Studios are best known for games that feature professional actors playing the role of dealer. These dealer characters are often country-specific, allowing the studio to provide engaging, fully localised content that’s relevant in each market.

Another hallmark of the Real Dealer line-up is that all titles use recorded video of gameplay that has been captured in the developer’s state-of-the-art studio. This means all games not only feature highly-polished video and audio, but that they’re also able to simulate a more personalised casino experience for players that’s free from the noise and delay that’s usually associated with Live Casino products.

Players can already get a taste of Real Dealer’s signature approach to casino games – the first title from the studio having gone live at William Hill on 6 January.

Richard Atkinson, Global Head of Live Casino at William Hill Group said: “William Hill Group are delighted to partner with Real Dealer Studios to expand our portfolio of top content for customers and we’re very much looking forward to debuting their games on our network in the coming weeks.”

Shane Cotter, Chief Product Officer at Real Dealer Studios said: “2021 was an incredibly successful year for Real Dealer Studios and we’re really happy to be carrying that momentum into 2022 by announcing our new partnership with the William Hill Group.

“William Hill and Mr Green are both sites with a huge market presence in the UK and beyond. By teaming up with them, we’ll be able to further strengthen the Real Dealer brand by sharing a selection of top titles with a new audience who might not yet be familiar with our unique way of doing things.”