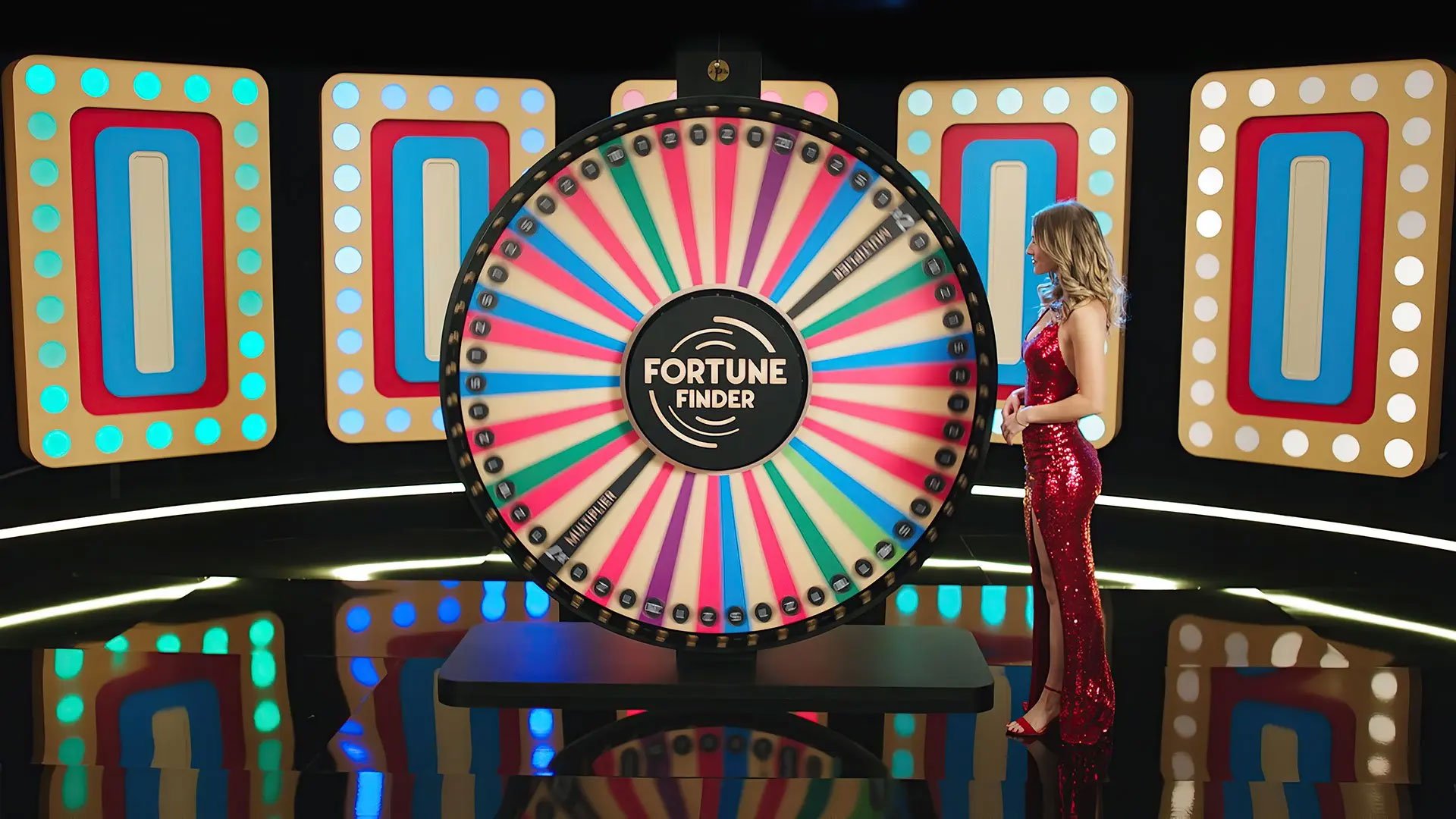 Real Dealer Studios, known for its moviemaking approach to RNG games production, will be breaking new ground this week by launching the first of two titles in its new money-wheel series, Fortune Finder. The move marks the studio’s debut in the increasingly popular show games genre.

Fortune Finder with Sarati, set to premiere February 25th, will be joined in early March by the second game, Fortune Finder with Holly. As with the studio’s Real Roulette and Real Baccarat series, the new money-wheel games are created by integrating high-quality recorded video clips into an RNG framework. Developed as a superior alternative to live casino, the approach results in an immersive, personalised gameplay experience that doesn’t rely on the live studio infrastructure.

The Fortune Finder games are set in a modern TV studio with an eye-catching backdrop similar to those found in the world’s most popular game shows. Show hosts engage players in a one-to-one fashion by reacting to wins and the thrilling multiplier rounds that can land during the game.

Real Dealer’s games use professional actors, as well as film directors and post-production crew to ensure Hollywood levels of cinematography and a flawless performance. Players will recognise both Sarati and Holly, played by Los Angeles-based actors, from their respective titles in Real Roulette.

Operators and players alike will appreciate the games’ quick loading, error-free operation and seamless gameplay across both desktop and mobile.